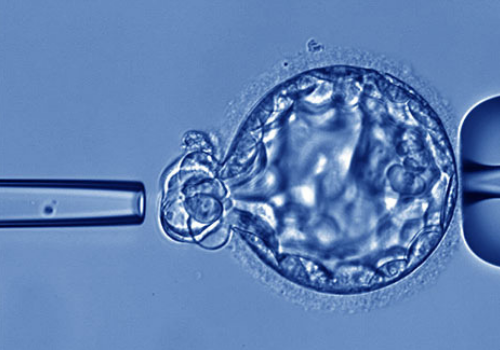 PGD was developed in the mid-1980s as an alternative to the more invasive testing that is generally conducted later in pregnancy.  Because only unaffected embryos are transferred to the uterus for implantation, PGD provides an alternative to post conception diagnostic procedures (i.e. amniocentesis or chorionic villus sampling) which are frequently followed by either a difficult decision of termination of pregnancy if the results are unfavourable, or inherent risks of miscarriage associated with those invasive tests. Embryo genetic testing is used in conjunction with an IVF cycle to ensure that embryos with the highest chance of achieving a healthy pregnancy and child are used.

Individuals requesting PGT must first undertake an IVF cycle to stimulate the woman’s ovaries to produce a number of eggs. These eggs are collected and placed with the partner or donor sperm. The resulting embryos are then cultured in the laboratory until day 5 or 6 after egg collection, when a small number of cells are removed for genetic analysis. The biopsied embryos are then frozen until the results are known, and if available a healthy embryo is then transferred to the uterus in a Frozen Embryo Transfer cycle.

– PGT-A can be used to screen embryos for abnormalities in the number of chromosomes also called aneuploid embryos.

– This test can be used if there is a potential risk of producing embryos with an abnormal chromosome number.  Advanced maternal age (women older than 37 years), repeated miscarriage, repeated IVF failure and previous pregnancy with a chromosomal abnormality or being a carrier of a chromosomal translocation are some of the reasons which may result in embryos having an abnormal chromosome number.

– The test may also be appropriate for individuals with altered sex chromosome complement (e.g. XXY) or who have gender specific conditions.

– Individuals with a family history of a single gene disorder may be at risk of producing embryos that have a monogenic disorder with aneuploidy e.g. Cycstic fibrosis, Huntingtons Disease, Fragile X and Myotonic Dystrophy

– The PGT-M workup is a complex and often lengthy process consisting of genetic testing, specific genetic counselling and feasibility studies to assess the possibility of obtaining a meaningful result.

– PGT-M is undertaken in an IVF cycle in conjunction with PGT-A.

– PGT-SR can be used to distinguish between embryos that are normal/balanced or unbalanced for that chromosome rearrangement.

– The PGT-SR workup is a complex and often lengthy process consisting of genetic testing, specific genetic counselling and feasibility studies to assess the possibility of obtaining a meaningful result.

– PGT- SR is undertaken in an IVF cycle in conjunction with PGT-A.

PGT is a sophisticated scientific technique which can be used to test embryos for either chromosome abnormality or a specific known genetic condition. As your Fertility specialist with a background and a PhD in genetics, I will recommend PGT-A in your IVF cycle if you have experienced recurrent miscarriage, or have had a number of unsuccessful IVF cycles. PGT-M and PGT-SR may be appropriate if you have a family history of specific chromosomal or genetic disorder. I work in close collaboration with my colleagues in the Genetics team at Monash IVF who offer an internationally recognised genetics program including counselling and testing.

I am proud to have helped a very substantial number of couples to conceive healthy babies utilising this fantastic technology. I lecture about this topic at international meetings and conferences and will keep you updated regarding the latest developments in this field.